The pure facts about the handball can be found here. (First comes the unfair game, then the handball).

The question of what and why in handball is actually very philosophical.

I have still not managed to write it down comprehensively, but also concisely and understandably. Even if I only outline it now, it will be long. Sorry for that.

First: Discussions about the handball are not new, there are more and less of them.

The focus also changes again and again. It’s the same with the offside, by the way. On the one hand, the offside and handball have hardly been changed significantly. The small changes and clarifications reflect a kind of zeitgeist. Said focus of the discussions.

In the very beginning (1860s), there was the question of running with the ball. Football was more and more divided into (association) football and rugby. This took a few years, because although running was banned in the FA Rules in 1863, the Fair Catch remained permitted until 1871.

In the 1930s, a completely new term came up in some countries as Germany and the Netherlands: The Schutzhand / beschermen. And the discussions flared up for several years. Permitted because protective reflex? Not allowed because you could also turn away? Permitted from a certain proximity, because then short distance?

These questions were quickly clarified (the protective handball was never allowed), but it still remains a myth today in some countries.

And then there’s the thing with the intention: Since 1995 the handball doesn’t have to be intentional anymore, it only has to be deliberate. Is there a purpose? Or carelessness? Then the handball is deliberate.

As I said, the handball has always been strongly discussed and currently more than before many years. So it seems that there was not so much discussion in the past. Depending on when you watch football. Actually it was just the sole of a curve.

Only handball which is …. committed, is forbidden.

Since 2014, attempts have been made to better formulate the handball law in order to clarify more clearly the lines between what is permitted and what is an offence. 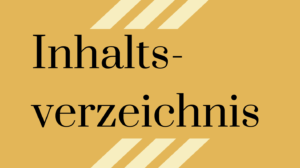