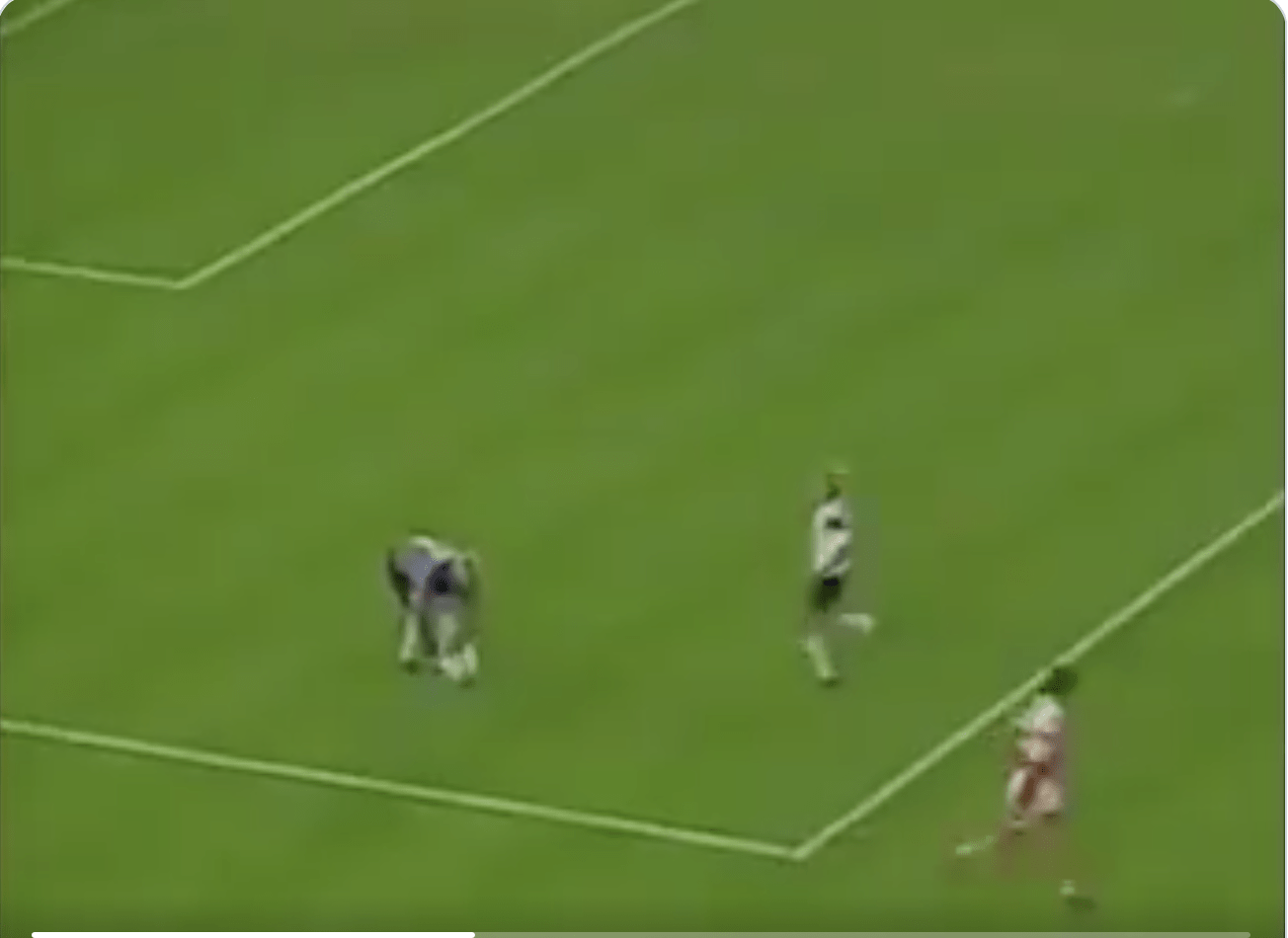 „On any occasion when a player deliberately kicks the ball to his own goalkeeper, the goalkeeper is not permitted to touch it with his hands. Otherwise, the match will be restarted with an indirect free kick from the place where the offense occurred for the opposing team.“ (Minute of The IFAB, 1992)

„Goalkeepers have this strange superpower, which they use to ruin everyone else’s fun.“

This phrase is taken from the very readable report „Unsure Footing“ by „99 % invisible“, which, among other things, deals with the back-pass rule.

„If a player pass the ball to his own goalkeeper for a deliberate trick in order to circumvent Article 5 (c) of Law XII [= „[goalkeeper] touches the ball with his hands after it has been deliberately kicked to him by a team-mate“], the player will be guilty of ungentlemanly conduct. The game will be restarted with an indirect free kick from the place where the player committed the offence. (Minute of The IFAB, 1993)

„It is added that a player using a deliberately trick to circumvent the Law while he is taking a free kick, is cautioned for unsporting behavior and shown the yellow card. „Subsequently, the free kick is retaken.“ (Minute of The IFAB, 1997)