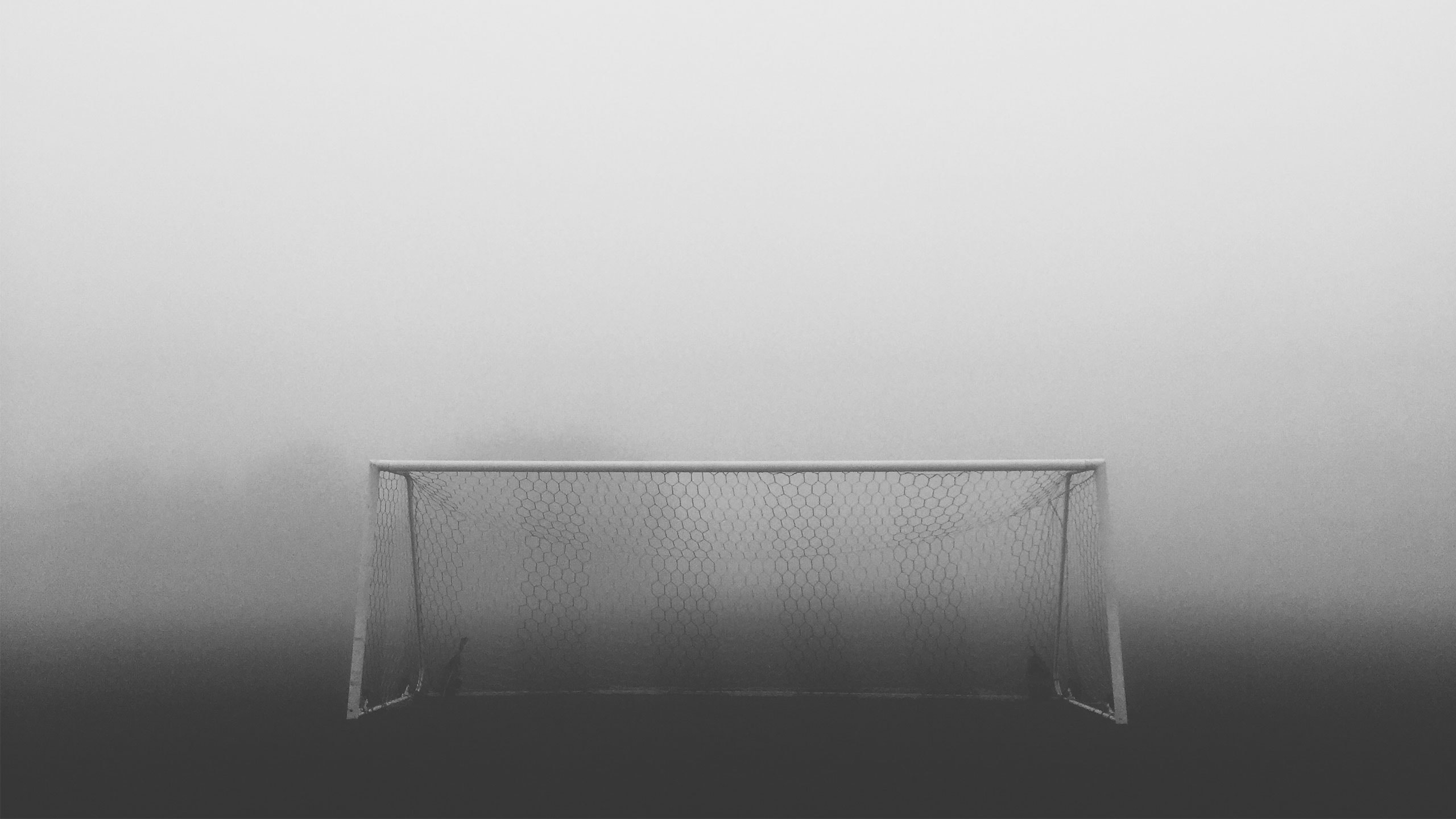 Offside is currently one of the most commonly used words when it comes to football. Why does this law even exist? What is the meaning of the offside law? Why is it the way it is today? And since when?

To answer that, it makes sense to take a little trip back in time to England.

Let’s take a look at the rules of English public schools and the few clubs of the 1860s: There were not always rules about offside. (This does not necessarily mean that there were none. Sometimes they were so clear to the players that they did not have to be documented in writing.)

The Sheffield FC Rules did not mention offside in our sense, but simply stated that everyone outside the field was “off-side”. In contrast, the FA Rules, first published in 1863, took over the offside typical of the rugby game, where no one is allowed to be between the ball and the opponent’s goal.

Thus, at the beginning of the 1860s, the two extremes existed (due to a different game idea): One was to be allowed to lurk at the goal, while in the other case the attacking team could only dribble the ball forward with eight or nine people in a row until the ball went into the opponent’s goal or out of the goal or the defending team came into possession of the ball and the game shifted in the other direction.

The first change to the offside law

It may surprise or not: In the FA there were also discussions about the offside rule around 1865. For many clubs were an association of former students of one or more public schools, and the FA also wanted to have as influential members those public schools that had a football like game – that was Eton College with the Eton Field Game, Harrow School, Royal College of St. Peter in Westminster and Charterhouse School. The strict offside was familiar to students and graduates from Eton and Harrow. The football rules of Westminster and Charterhouse, however, maintained a more open offside. According to sources, the FA also wanted these two public schools as members of the association.

So it adapted its offside rules to those of the two schools:

“When a player has kicked the ball, any one of the same side who is nearer to the opponents’ goal line is out of play, and may not touch the ball itself, nor in any way whatever prevent any other player from doing so, until the ball has been played, unless there are at least three of his opponents between him and their own goal.”
(Source: FA Rules 1866)

Charterhouse and Westminster insisted on their offside law because they thought it was fairer. Even twenty years later Montague Shearman argued in his 1887 book “Athletics and football” that offside now meant more universal satisfaction (“universal satisfaction”, p. 335). Montague Shearman (1857-1930) was a lover of amateur sports. He wrote the book shortly after this very active sporting period.

“So few have been the changes of rules and of tactics in the dribbling game that the task of describing phases of Association play is simpler than to follow the changes of Rugby Unionism. From first to last the ‘off-side’ rule has been a trouble, and it can scarcely be said that the present rule (by which a player can have the ball passed forward to him if there are at least three players between him and the opponents’ goal-line) even now gives universal satisfaction, although it has been the rule of the Association for twenty years.
(Source: Shearman, Montague Shearman: Athletics and football [1887]. p. 335).

But Shearman’s quote also shows that the offside law of 1866 initially changed the game little. It was only in the 1880s, with the beginning of professionalisation, the change to the game of football to a competition rather than a leisure time and the associated need for standardisation of the laws, that it gave “universal satisfaction”.

On the following page Shearman goes into more detail about the consequences of the offside change of the FA. Before 1866, only the dribbling game described above was possible: many strikers close behind each other and the ball leading in front. If he loses the ball, the players behind him may be able to regain the ball and dribble forward. The new offside now made a combination game possible.

“When it was founded in 1863, the Association followed the same rule of ‘off-side’ which was recognised at Rugby, no player being allowed to take the ball on from one of his own side who kicked on to him from behind; and under such a rule it is obvious that individual dribbling was the only thing that could pay. In 1867, however, the adhesion of the Westminster and Chaterhouse players was secured by the introduction of the present rule, and from that time both passing and dribbling became possible as a means to success.
(Source: Shearman, Montague Shearman: Athletics and football [1887]. p. 336).

In Germany of the 1920s, the sense and purpose of the offside law was justified differently:

“What is the purpose of the offside rule? The defending party is to be protected against an opponent standing in the immediate vicinity of the goal and waiting for the ball to be passed to him from a greater distance. The offside law is not a penal rule, but a protective rule
(Source: Rosenberger, Simon/Hofschneider, Alwin: The referee. 21st edition. Stuttgart 1930. p. 193)

The Offside of the Sheffield FA

But before we look too much into the present, let us come back to the 1860s in England. Most of the FA clubs of the 1860s came from London, but it was not only here that clubs were formed, but also in the north of England. Sheffield FC, founded in 1858, joined other clubs in the region in 1867 to form the Sheffield FA and issued its own laws. These laws corresponded in general to the rules of Sheffield FC, but not to 100%. Among other things, there is now an offside law:

“Any player between an opponent’s goal and goal-keeper (unless he has followed the ball there) is off-side and out of play. “The goal-keeper is that player on the defending side who for the time being is nearest to his own goal.
(Source: Sheffield FA Rules 1867)

According to contemporary newspaper reports, this variant allowed a much more agile combination game than in FA, although the laws differed only slightly.

Why an offside rule was introduced for the Sheffield FA, I could not find out yet. A suggestion from founding members of this FA? Did they want to get closer to the FA rules? Some clubs of the Sheffield

One, two or three

Prior to its adoption of the FA Rules in 1877, the Sheffield FA repeatedly attempted to include its offside rule of “less than two players” in the FA Rules – unsuccessfully.

In 1886, after the IFAB had been formed from the four British associations to avoid having to discuss the rules each time before international matches, the Scottish FA repeatedly tried to change the offside rule: in 1894, 1902, 1913, 1914 and 1922 the proposal did not receive the required majority, in 1923 and 1924 it was postponed – and the proposal was accepted in 1925.

⚠️ The year 1924 is also buzzing around in books and on the web, but it is wrong.

“When a player plays the ball, or throws it in from touch, any player of the same side who, at such moment of playing or throw-in, is nearer to the opponents’ goal line, is out of play, and may not touch the ball itself, nor in any way whatever interfere with an opponent or with the play until the ball has been played, unless there are at such moment of playing or throwing at least three two of his opponents nearer their own goal line.
(Source: Own research, based on the IFAB minutes)

This was the last major change to the offside law. According to Sir Stanley Rous – long-serving FA Secretary, responsible for the first major reform of the Laws of the Game in 1938 and FIFA President in the post-war period – it was introduced to ensure that more goals were scored and make the game of football more attractive. The football game of the early 1920s was characterised by defensive tactics and the small change to the offside rule helped to make the game more fluid. Sounds a lot like the early 1990s and the introduction of the offside rule.

“The defensive tactics of the twenties brought about the change in the off-side law, with its great effect upon the way the game was played. Similar developments of defensive tactics since that time, have lent weight to a chorus of voices asking for a further variation in the Laws. Most of those who advocate change believe that the life blood of the popularity of the sport stems from seeing goals scored, and the suggestions made to increase the number of goals per match have varied from the widening of the distance in the off-side law.
(Source: Rous, Stanley/Ford, Donald: A History of the Laws of Association Game. Zurich [1970s]. S. 138.)

So what is the sense and purpose?

The offside law is thus not only a fairer variant than no offside or a strict offside, it is also closely linked to the standardisation of football rules across national borders. This standardisation was made necessary by the football boom of the 1880s in England, comparable in moderation to the 1920s in Germany. Standardisation was preceded by the transformation of the game of football from an entertainment game to a competition: the game of football was recognised by various entrepreneurs and professional groups as a source of income. It was now all about winning, income, prestige – and that was also the beginning of “cheating”.

One could say: the offside law is just as necessary in modern football as an independent referee on the field. It’s no longer enough that, as was the case here in the schoolyard in the past, people briefly discuss whether it was a foul, a handball or offside and then continue playing.

But we can also see from the offside law, how laws and game influence each other: The 1866 law change at the FA influenced the game of combination play. This was later felt to be too defensive, so the law was changed as a consequence.