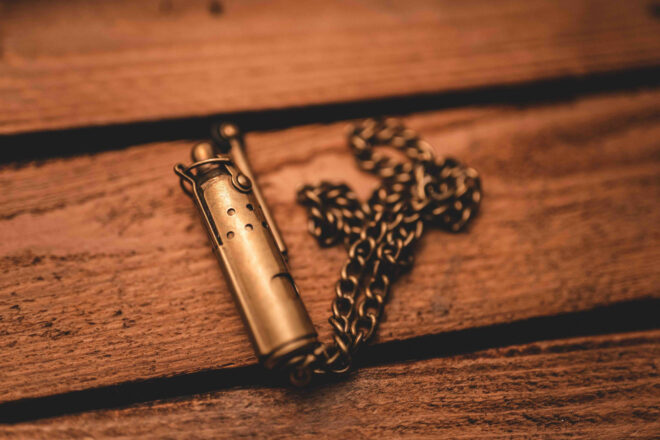 Why don’t we have two referees on the football pitch instead of VAR? This sounds like a plausible idea that is worth thinking about. But it’s not a new idea.

Not new at all

Since the 19th century there have been repeated discussions and attempts to run the game with two referees on the field. Reasons were on the one hand to make the stoppage time for decisions shorter and on the other hand to have a „back-up“ to penalise fouls, which neither the referee nor his*her assistant referees noticed during other games.

On the topic of VAR two recommendations on this website

Already discussed before the First World War, the two referees system was tested directly after it in Germany. About 100 years ago, football became a mass phenomenon in Germany. During the war, soldiers had come to know and love the game. It was sponsored by the military as a military sport, as a pastime during the numerous interruptions in fighting. But this boom in the 1920s led to a great lack of experienced referees with comprehensive knowledge of the football laws. In addition, the behaviour on the spectators was very rough: It became popular to give free rein to the aggressions and emotions during the football match, which were otherwise dammed up. The sometimes poor performance of the referees due to lack of knowledge of the rules or a suitable personality did the rest.

During this time the idea of two referees came in handy. In the summer of 1920, the Berlin referee Johannes Mueller reported in the German Refereeing Newspaper („Deutsche Schiedsrichter-Zeitung“) about such an experiment with two referees, but without assistant referees (who at that time had very few skills, including the evaluation and reporting of an active offside position). The kick-off and restart were split between the referees, the restart after a goal was given by the referee on whose side the goal had been scored. At half time, also the referees changed sides.

Mueller also reported that any skeptics were taught a better lesson and 200% more fouls were detected and penalised. The reactions of readers of the German Refereeing Newspaper were also predominantly positive.

Suggestions for improvement / Other suggestions

„Here the linesmen actually support the referee by raising the flag at the slightest mistake, at the slightest misdemeanour and giving the leader valuable clues. In Germany, the linesman has the greatest interest in observing the performance of the player of his own club, whereby the mistakes and sharpening are sometimes still cheered inwardly.“
(Paul Schröder, Mönchengladbach. Comment in the article: Carl Koppehel: On the two referee system. In: Deutsche Schiedsrichter-Zeitung 9/1920, p. 31-33, here p. 32).

In the end, the implementation failed due to the actual lack of referee and also due to a lack of approval.

In England in 1935 a test game was played in Chester with the very experienced referees A. W. Barton and E. Wood.

In England, too, they came to a very positive conclusion. In 1937, the FA was supposed to test the two-referee system again in order to stop the rough play, but experiments were not allowed by the IFAB. The 1935 experiment had also shown that a second referee would of course cost twice as much.

„They placed themselves in both halfs so that each one of them was always in the immediate vicinity of the ball. The first impressions were quite positive but in spite of it the experiment was cancelled.“
(Source: Football History, Laws of the Game, references. A FIFA publication on the occasion of the 100th Anniversary of the International Football Association Board. [Zurich, 1986.] p. 176.)

„The sense of the clubs‘ feeling on the subject was taken at the League’s Annual Meeting on 3rd June, 1935, when Mr Cuff, on behalf over Everton, made the following points in putting the case for the reform:

Referees were not up with play due to the development of the game in the last few years, hence their decisions frequently gave dissatisfaction to players, spectators and club managements.
Referees were subjected to all known tests; they served a proper apprenticeship before they were elected to the lists, and yet they failed to give satisfaction.
The awarding of a goal or vital decision was a great responsibility carrying with it the fate of League clubs. It was a responsibility in the present state of the game too great for one man.
Foul play would be eliminated, as the referee would always be on the spot and the good player would be enabled to play his natural game.
Mr. Bendle Moore (Derby County), who elicited from the President an opinion that last year’s record of the referees was better than before, contended, against the proposition:
A weak referee would still be weak even if he only had half the field in which to operate.
More use should be made of linesmen – three competent officials working as a team could control any game under the terms of the circular compiled by the Football Association and issued to referee during the recent season.
During the discussion Mr. Sutcliffe, in support, stated that but five of the referees last season were awarded 75 per cent. of marks. The Management Committee received many complaints of weak control, and they had given much consideration to an alternative method of governing the matches. Any system which would achieve quicker and better results would reduce the possibility of injury to players, among other things, and in his judgment[!] dual control would bring this about. He made it clear that no reflection upon the referees was implied by the proposed change. It was the system that was at fault. On a ballot being taken, however, the plan way rejected by 31 votes to 18.“

There were also two experiments after the Second World War, although not in the immediate post-war period. In 1971 there was a one-off test in England, in 1999 and 2000 the first tests with two referees in official competitions in professional leagues took place, namely in Italy, Brazil, Malaysia, Egypt and the USA.

The French Football Federation was also warned in 1997 to use two referees in a match against Sweden. (Only shortly before the match, as both the French association and UEFA had asked the IFAB for permission beforehand. However, the committee had learned of this shortly before the game was to be played – hence the warning).

Sir Stanley Rous summed up the experiment in 1971 in his book „A History of the Laws of Association Game“, which was published shortly afterwards. Nevertheless, a discussion continued in the 1970s – not least by Sir Stanley himself, who was the one who got the idea going again in 1971. A similar conclusion was drawn in 2001: „The experiment has not produced sufficiently positive results and it was agreed to abandon this experiment.“

The results of the experiments with two referees in the second half of the 20th century were not sufficiently positive. The experiments before the Second World War emphasize the too few available referees and the twice as high costs.